Brangayne is a family owned wine producer from the premium cool climate Orange wine region in Central West NSW. Brangayne has been producing some of Orange’s favourite wines for 25 years!

The "Brangayne" and "Ynys Witrin" vineyards lie on the north eastern slopes of the extinct volcano Mount Canobolas, near Orange in New South Wales, one of the highest and coldest grape districts in Australia. Often under snow in winter and mild in summer, the cool climate offers ideal conditions for the production of premium grapes, combining generous fruit flavour, acid and length in wines of intensity and elegance. The long ripening period and the deep, rich volcanic soil position Brangayne among the few vineyards in Australia capable of producing distinctive cold climate wines of high calibre.

Brangayne came into the Hoskins Family in the 1930s, and for sixty years, Edgar and Winsome Hoskins and later Don and Pamela Hoskins grew apples, pears, peaches and cherries on the property. In 1994, with viticultural advice from Dr Richard Smart, the fruit trees were replaced by vines. The vineyard today is managed by Don and Pamela's son, David Hoskins. 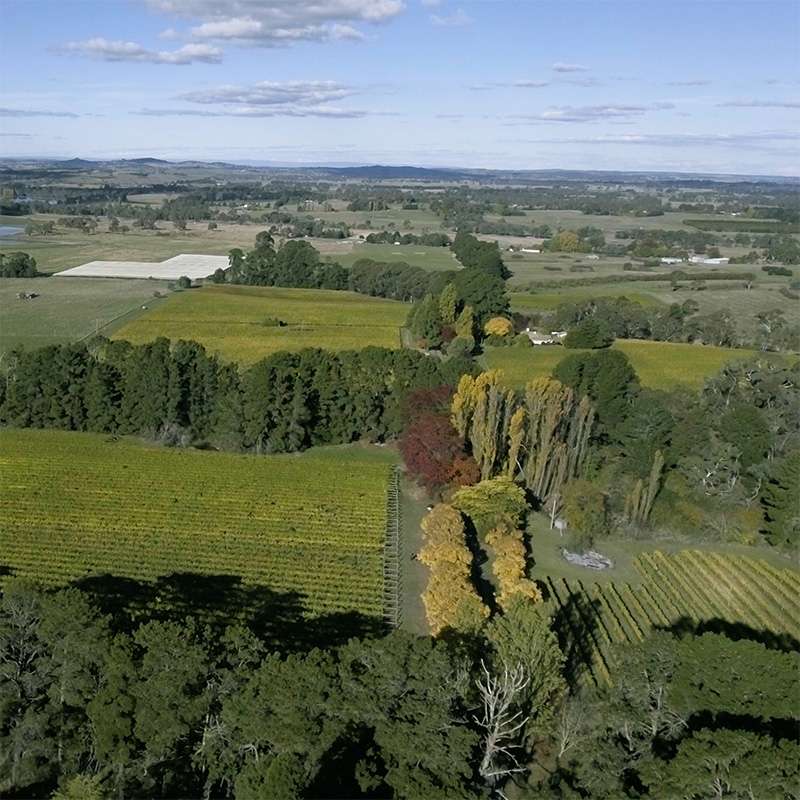 Producing wines from single vineyard grapes and not blending between sites allows us to express the true “terroir” of our region and specific vineyard.

The cool climate provides an intensity of flavour and depth which is hard to match in warmer regions. It is our desire to remain boutique and produce only the best quality wines from the highest quality parcels of fruit. For this reason Brangayne’s production is limited to approximately 3,000 cases per year.

As the seasons change so too will our wines, this we believe is the true character of wines which are produced traditionally and in a way which allows them to tell their individual story each year. Enjoy these differences in vintages and know you are drinking expressive and true wines.

We have partnered with winemaker Simon Gilbert of Wineworks of Australia since our first vintage in 1996. Simon has now been joined by son Will in their multigenerational winemaking family.

The property "Brangayne" was named by Winsome Hoskins, after the character who attends the tragic Isolde in Wagner's opera “Tristan und Isolde”, and who prepares a love potion for her.

The legend of Tristan and Isolde comes from the Dark Ages of Britain, in the time of King Arthur, and the Knights of the Round Table.

In Wagner's opera, Isolde (soprano) is an Irish Princess, who is voyaging from her home to Cornwall, there to become the bride of King Mark of Cornwall. Isolde is attended by her handmaiden Brangäne (mezzo soprano). Brangäne is a wise woman, and holds magic in her hands. King Mark has sent the handsome knight, Sir Tristan (tenor) to escort Isolde to her wedding, which will take place at his castle in Cornwall.

But though Isolde is betrothed to King Mark she has fallen deeply in love with Sir Tristan, and he with her. Their grand passion is doomed from the beginning. Isolde resolves that the drink of death is the only remedy for their hopeless love, and Isolde asks Brangäne to prepare it for them, but instead Brangäne prepares a love-potion which fills each with irresistible longing for each other. 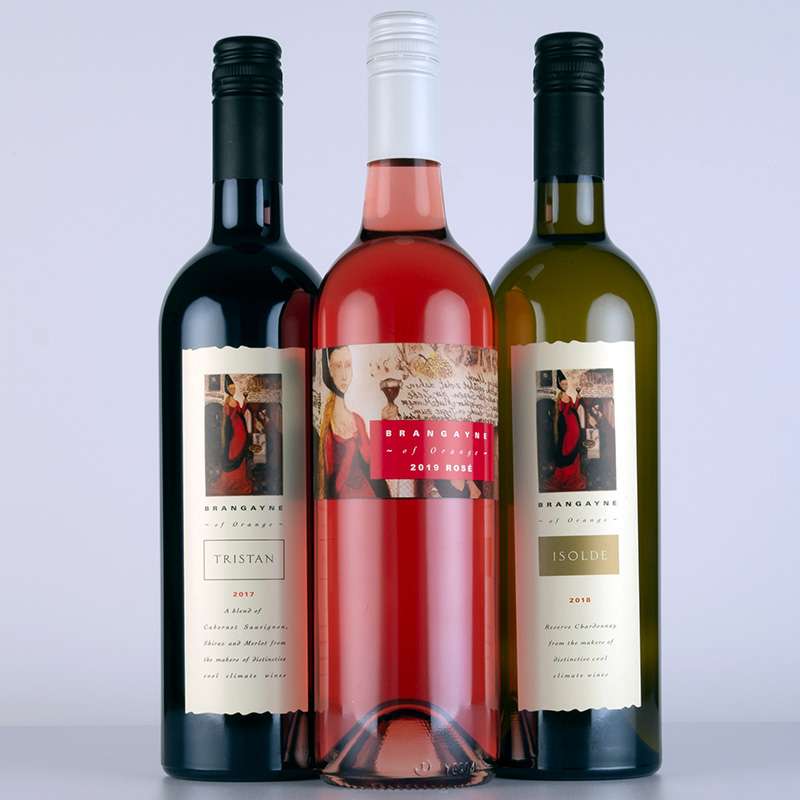 Our label was designed by Ian Kidd & Karin Seja of IKD Design Solutions  in Adelaide. He commissioned artist Anelia Pavlova to create the etching, which depicts Isolde and Brangäne who is preparing the Drink of Love. Tristan is just visible in the background, as he stares wanly at the moon. This scene is taken from Act 1 of Wagner's Opera 'Tristan and Isolde'.

We have been proud sponsors of the Wagner Society in NSW for many years. Click here to learn more about their society and special events.